skip to main | skip to sidebar

Palm trees and patriotism at the 62nd Fourth of July Parade in Kailua, Oahu. Two Kailuans against development on the North Shore. Kailuan Wally Amos hands out coupons for his famous cookies. Beach Access is a hot issue in Kailua with private lanes gating access to Kailua Beach. This little boy got it right: "Da beach is my playground. No Gate 'Em." Staying cool atop a float. Stop Rail Now activists encouraging people to download the petition to get the issue on the ballot. They have until July 10 to collect the required number signatures. Panos, a University of Hawaii professor and an outspoken critic of the Mayor's rail proposal, has thrown his hat into the mayoral race. Bill Brennan (in red shirt), Mayor Mufi Hanneman's spokesperson, looks on. Member of the Royal Hawaiian Band. More sights of the parade ... Posted by Kailua family at 1:30 AM 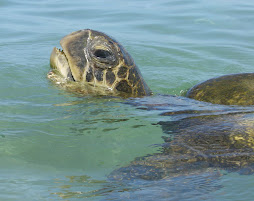